Ready to Play?
Everyone is welcome!

Support Us
We rely on your support.

Meet the 2017-2018 team. Last year we took home trophies from all over the United States. Our lineup this season is sur...

Find out when the next practice is and come join us! 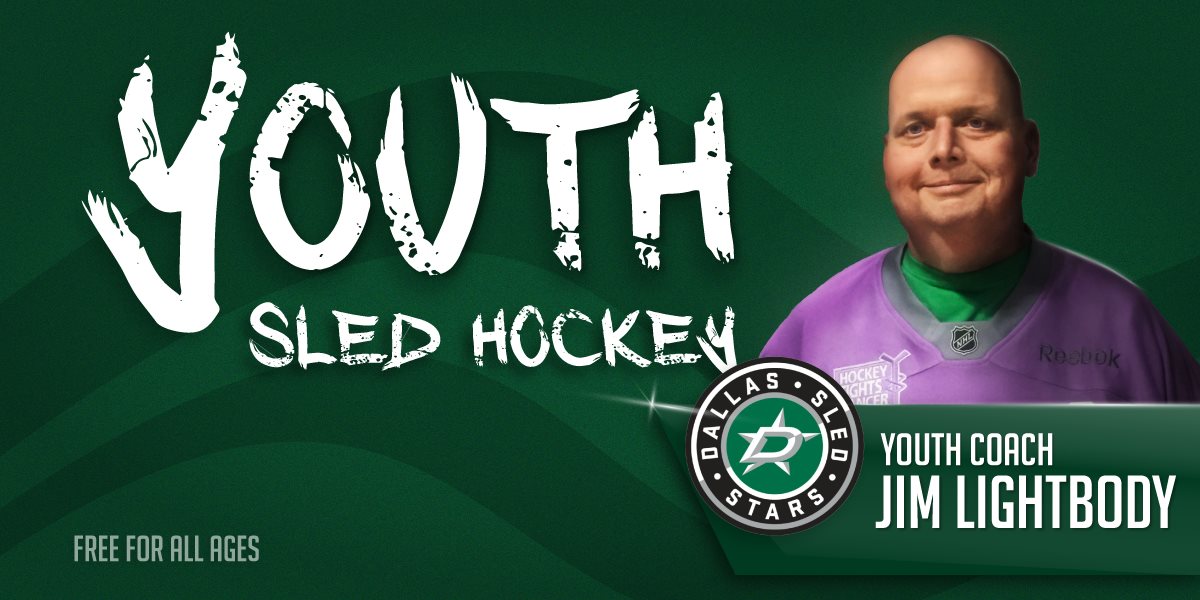 All ages are welcome & skate free! We will provide the sleds, just let us know you’re coming.

Check the Schedule for ice time. 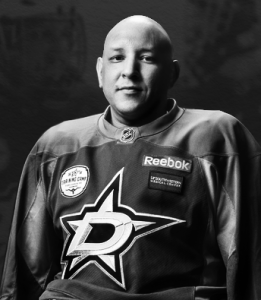 An unbelievable ambassador for sled hockey in the Dallas/Fort Worth area for the last decade, Alfredo Corona became the president of the Dallas Stars sled hockey program as it was on the edge of folding in 2008.

Since assuming that role, Corona’s fundraising efforts have given the program weekly practice times, the ability to travel to multiple tournaments each year and substantial equipment reserves, all of which are 100% free to the athletes. He also secured and helped manage the conversion of the team’s home arena to become sled hockey accessible.

Most recently, he helped the team become an official affiliation with the Dallas Stars, which provides the program with extensive funding, marketing and advertising and additional resources to use for the betterment of sled hockey in Dallas.

In addition, Alfredo is also the disabled rep on the Texas Amateur Hockey Association Board of Directors. He has been instrumental in providing funding and support in order to help start sled hockey programs in both Houston and Austin, and is currently working to organize a special hockey program in Dallas for the fall of 2017.

Alfredo has also been an active sled hockey player for over 16 years. During his time as a player, the Dallas Sled Stars have enjoyed success winning the 2012 USA Hockey NHL Sled Classic A Division Champions, 2016 USA Hockey Disabled Festival B Division Champions and most recently the 2017 Hendrickson Foundation Sled Hockey Champions. 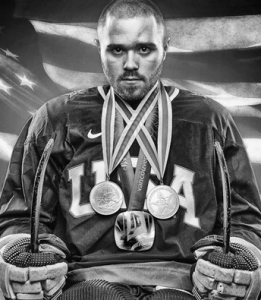 For more than a decade, Taylor Lipsett has lived all things sled hockey. Lipsett has been on the U.S. National Sled Hockey Team since 2003. He has two Paralympic medals under his belt, having earned gold at the Vancouver Games in 2010 and bronze in Torino in 2006. In addition to competing for Team USA, Lipsett has played with several club teams including the Dallas Ice Hawks (2002-06 and 2008-10), the Rehabilitation Institute of Chicago (RIC) Blackhawks (2006-08), Minnesota Northern (2010-11) and the Dallas Stars (2011-13). In 2012, he helped the Stars to the USA Hockey Sled Classic Division A Championship, presented by the NHL.

Lipsett has excelled in the physically grueling sport of sled hockey despite living with osteogenesis imperfecta, a disorder also referred to as “brittle bone disease”. He was named a National Collegiate Scholar at Southern Methodist University, where he graduated with a degree in finance in 2009. He currently lives in Plano, Texas, with his wife Kathleen and works in wealth management at Bank of America.